Snow crab is prized for its firm yet tender meat and deliciously sweet flavour. Ranging in size from 1 to 2 lbs., Atlantic Snow Crab has excellent meat yield, is a great source of protein, is rich in omega-3 fatty acids, and is also low in fat and calories!

Snow crab, also referred to as Queen crab, are found in the North Atlantic and North Pacific oceans. In the North Atlantic, they are found from Greenland in the northeast Atlantic and from southern Labrador to the Gulf of Maine in the northwest Atlantic. They prefer deep, cold-water conditions. Canada is the world’s largest producer of Snow crab, accounting for about two-thirds of the global supply. In 2011, almost 73 percent of all snow crab exports from Canada were destined for the United States. China and Japan are also major markets.

Atlantic Snow Crab are sustainably harvested in highly specialized pots or traps. Canadian federal law mandates that only premium quality males which have reached mandatory size limits are kept, while all females and undersized crab are released back into the ocean. Thus ensuring a well managed, long term fishery for generations to come.​ At the time of writing most Atlantic Snow Crab is certified by both the Marine Stewardship Council and Seafood Watch. 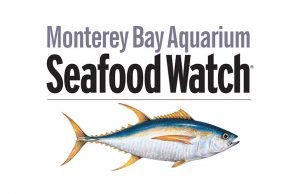 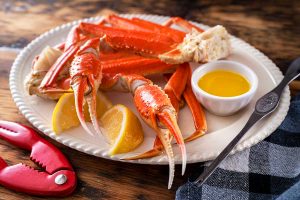 The annual crab harvest is managed on the basis of total allowable catches (annual catch limit) that are established through the development of an integrated fisheries management plan for each of the four management regions, based on scientific advice: 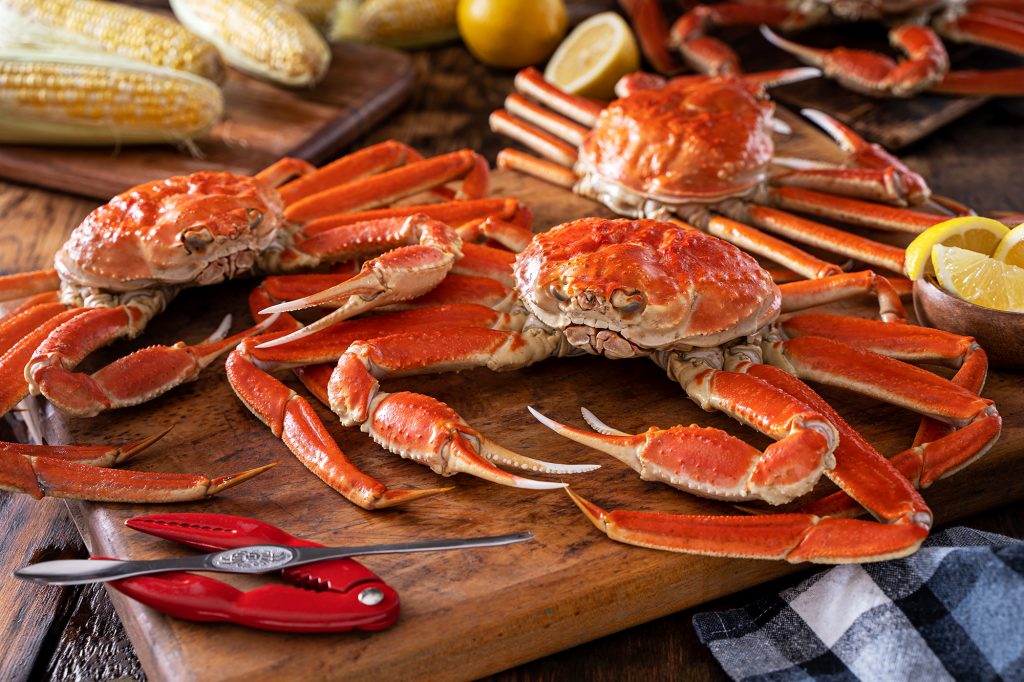 Snow crab are crustaceans with a flat body and five pairs of spider-like legs (the front pair are claws). As they grow, the hard outer shell is periodically shed in a process called molting. After molting, crab have a soft-shell for a period of time and are called soft-shell crab or white crab.

Snow crabs may cease moulting and growing at variable sizes. Males can grow to a size (carapace width) of about 15 centimetres, with largest males growing almost twice as large as the largest females. Only male crabs that meet or exceed the minimum legal size of 95 mm may be harvested. It takes from 7 to 9 years for males to reach legal size for harvesting. Snow crab live from about 14 to 16 years. 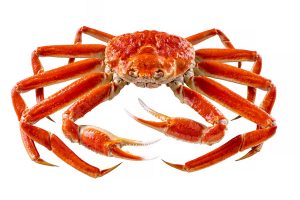 Snow crab are mostly found in the estuary and the Gulf of St. Lawrence, around Cape Breton Island, on the Scotian Shelf, on the Newfoundland and Labrador Shelf, and in Newfoundland bays.

Information from the Department of Fisheries and Oceans Canada. For more information on Canadian Snow Crab please visit the official site.