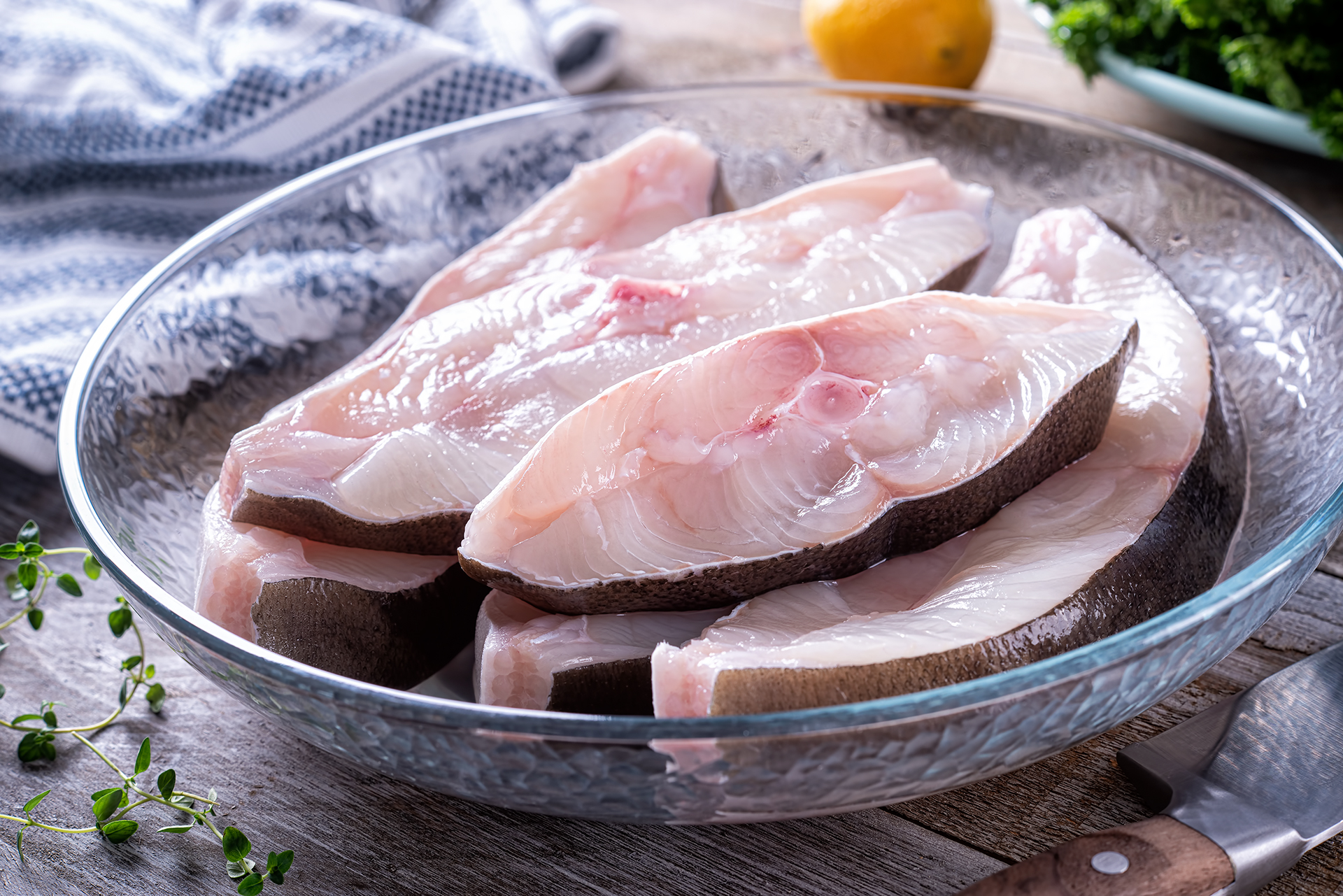 Atlantic halibut have a compressed, oval-shaped body and usually have both eyes on the right side of their bodies with the left side being totally blind. They are greenish-brown to almost black on their eyed side. Juveniles might be slightly spotted or flecked and have white undersides, which become mottled with grey or reddish spots as they mature. Their mouths are very large and have numerous sharp curved teeth. Atlantic halibut may grow to a length of more than two metres though they typically weigh less than 100 kg.

Growing to more than 2.5 m in length and exceeding 300 kg in weight, Atlantic halibut (Hippoglossus hippoglossus) is the largest, most widely-ranging and commercially-valuable groundfish in the Atlantic Ocean. Their geographic range in the Northwest Atlantic extends from the coast of Virginia in the south to the waters off Disko Bay, Greenland in the north, although they are now commercially extinct in US waters and are rare south of the Grand Banks. Halibut are demersal, living on or near the bottom, with a temperature preference of between 3 and 5°C. On the Scotian Shelf and southern Grand Banks, halibut are most abundant at depths of 200–500 m in the deepwater channels running between the banks and along the edge of the continental shelf. Larger halibut are found in a larger depth range, and are also found in deeper water in winter.

Halibut belong to the family Pleuronectidae whose members usually have both eyes on the right side of their bodies with the left side being totally blind. They are flattened from side to side and swim with the left side facing the bottom and the right or eyed side facing the surface. The halibut’s coloration, which occurs only on the eyed side of the body, varies from greenish brown to very dark chestnut brown. The blind side is usually white in young fish but becomes mottled with grey or even cherry red in older, larger fish. The mouth has a very large gape extending to the midline of the eyes and is armed with numerous sharp curved teeth. Apart from its size, the Atlantic halibut can be distinguished from most other species of flatfish by its concave tail.

Growth of males and and females from the Scotian Shelf and southern Grand Banks is similar up to about 7 or 8 years (~100 cm), after which point male growth slows, while female growth continues at the same rate up to 20 years. The maximum size for females (200 cm) is much greater than males (140 cm). Age at maturity is uncertain, but length at maturity has been estimated to be about 115 cm for females and about 75 cm for males. Spawning location and times are not known, but anecdotal accounts by halibut fishermen indicate that spawning by Atlantic halibut likely occurs in deep water (300–700 m) during winter months between December and March. 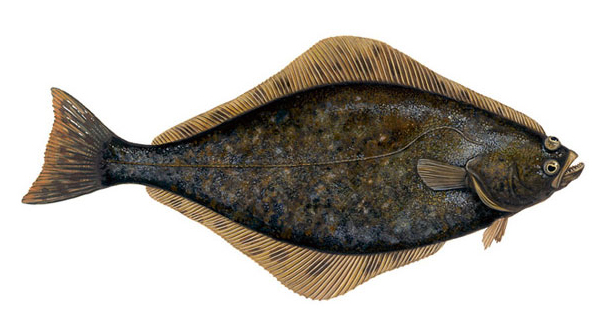